Eric A. Klein, MD, is an international leader in the biology and management of prostate cancer. Dr. Klein serves as Chairman of the Glickman Urological & Kidney Institute at the Cleveland Clinic.

Prostatepedia spoke with him about the differences between the various genomic tests available to prostate cancer patients.

Dr. Eric Klein: These tests measure the expression of genes in prostate cancer. That’s what they’re designed to do. They predict the likelihood of your having higher-grade cancer or cancer that penetrates the rind around the prostate (called extraprostatic extension), or cancer in the lymph nodes or seminal vesicles. These tests predict that better than biopsy or plain old Gleason grading. This gives us a leg up in deciding who is a good candidate for surveillance.

If your biopsy only shows Gleason 6, but you actually have higher-grade cancer in the prostate, or you have some cancer that’s through the rind or in the seminal vesicles, you’re not a good candidate for surveillance. We know that from decades of doing radical prostatectomies. These patients are at highest risk for progression and that’s what these tests measure.

They also tell us whether a pure Gleason 6 cancer is one of the 5-10% that has molecular features of high-grade cancer.

These are biopsy-based tests. For example, if a patient has a biopsy that shows Gleason 6 cancer and otherwise favorable features, such as a PSA below 10, and a PSA density below 0.15, we wonder whether he’s a candidate for surveillance. We always do a confirmatory test after a first biopsy. Decipher can also be used after the prostate has been removed to help decide on the need for additional treatment.

A genomic test like this is appropriate in some patients. An MRI of the prostate is appropriate in others. Sometimes it’s appropriate to get both. We don’t have enough experience to know which is the best test for which scenario, although I have some ideas about that. Then, once we confirm that the patient has a low-grade cancer that lacks molecular features of high-grade cancer, we feel confident in putting him on surveillance.

The results can do two things. They can confirm that the patient is a candidate for surveillance. Sometimes they can convince a reluctant patient that surveillance is the right thing. We don’t want to over-treat people who have low-grade cancers that aren’t going to kill them because the side effects of treatment are worse than the likelihood of his dying of cancer. Sometimes, the results can convince a physician that surveillance is the right thing. If you look at the criteria for putting people on surveillance, it’s mostly patients who have just a minimal amount of cancer–low-grade cancer, a Gleason 6 on a biopsy.

You may have someone who has a couple of cores of low-grade cancer, maybe a PI-RADS 4 lesion on MRI.

You’re not sure if they’re a good candidate for surveillance or not. If a genomic test confirms the absence of molecular features of high-grade cancer, you can put the patient on surveillance. That is the kind of information that genomic tests provide. They have their nuances.

These tests help determine whether or not someone is a candidate for surveillance. At the moment, we don’t use these tests based on biopsy to determine which treatment to give a patient, but that’s coming. Post-prostatectomy, Decipher can help tell us that.

This isn’t established yet, but I believe we can use these tests for what I call serial biologic monitoring, meaning you biopsy patients a year or three apart. These tests, for the very first time, allow us to measure true changes in biology as opposed to just changes in what we see on biopsy, which may underestimate what’s going on in the prostate. This is a new paradigm.

Another common scenario is a man who has a low-grade cancer on initial biopsy (1 core, Gleason 6) and a year later has a little bit of Gleason 3+4 with 5% pattern 4 and 95% pattern 3. In the past, that would always trigger treatment. But it’s my belief, based on what we’ve learned from these tests, that this is probably not correct. Many of those men can still stay on surveillance.

Join us to read the rest of Dr. Klein’s thoughts on genomic tests for prostate cancer. 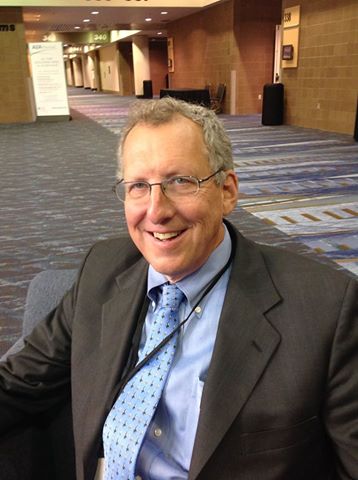 How does Prolaris fit into the spectrum of prostate cancer molecular biomarkers?

Dr. Brawer: Prolaris is a molecular biomarker that quantitates cell cycle progression genes. That is to say it measures 31 genes related to the process that tells a cell to divide into two cells and then the two cells to go to four cells, etc. (This process is called mitosis.)

Dr. Steve Stone, a very smart molecular biologist, decided to look at these cell cycle progression genes for prostate cancer, because these are the genes that provide the majority of meaningful information in breast cancer prognostic signatures.

What is important about these genes? If you ask a fourth grader, “What is cancer?” he mostly likely is going to tell you cancer is what happens when cells grow out of control. That is what makes it cancer: the control of the division of the cells, or the mitosis, has gone amuck and now you’ve got unfettered proliferation.

More importantly, in the process of dividing and multiplying cells, mutations that arise in one cell get passed on to the daughter cell. That is how cancer progresses down its path from an incipient cancer to a cancer that may kill the patient. This passing on of genetic information that accrues through mutations makes cancer progress into a lethal type of cancer.

Prolaris is a test done on tissue obtained from a diagnostic biopsy or a radical prostatectomy. The clinician sends the specimen to Myriad Genetics where we quantitate the expression of these genes and adjust for other genes, which are constantly expressed. We can tell whether a man has more of these 31 genes or less than these 31 genes expressed at a stable rate.

We’ve now published data on nine cohorts in several publications; we’ve looked at men treated with everything from watchful waiting to radical prostatectomy to external beam radiation therapy. We have shown in all the studies that Prolaris is either the dominant predictor or the co-dominant predictor of whether the man does well with his prostate cancer, dies, develops metastasis, or fails either radiation or radical prostatectomy by having PSA progression.

How are Prolaris’ results used in the clinic?

Dr. Brawer: You raise an important point. If the test makes no difference, why do the test?

Overall, well over half the patients in all three studies received a different treatment after the Prolaris result then they would have before the test.

So then it does change treatment decisions?

A urologist sees him. The urologist says, “Based on what I see here, I recommend a prostatectomy.” The patient could then say, “My golfing partner had a test called Prolaris. I’d like to get that, as well.” He gets a Prolaris test; there is a whole host of information provided in the result.

With Prolaris, we show the chance that a man will die of prostate cancer. We can do that because we have data on three cohorts of men initially treated conservatively who were then followed for a median of about a decade. We can see who ended up dying of the disease.

Let’s say this patient who was originally going to get a radical prostatectomy finds out through Prolaris that his prostate cancer is considered low aggressive.

Then his doctor can confidently recommend active surveillance because the chance that he is going to progress is extremely low. This particular patient may do fine for the rest of his life just having periodic examinations. He doesn’t need aggressive treatment. The opposite scenario is also possible.

To read Dr. Michael Brawer’s interview, fill out the form here to get a free copy of our June 2016 issue.