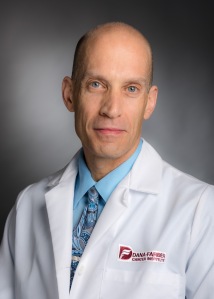 Join us to read our July issue on radiation therapy.

Dr. Charles Drake and others have done an outstanding job of describing all of the knowledge that has been assembled to date about the potential role of radiation in the immune-oncology setting.

We know that immune therapy works by removing immunologic breaks. That is, they remove the body’s inability to fight against the cancer because the cancer itself has put a break on the immune system. That is what drugs like Keytruda (pembrolizumab) and others do. These drugs activate a T cell response against specific antigens that exist on the surface of cancer cells.

Everyone knows now that tumors are heterogeneous. They don’t have only one antigen on their surface, so if you made only one antibody against it, it won’t kill every tumor cell. Tumors can have many hundreds of different antigens that the immune system has to find, bind to, and connect with to kill. Radiation has the opportunity to make this happen if you irradiate the primary prostate cancer tumor. You ignite the immune T cell response against the antigens that live in the primary tumor as many people have discussed doing.

But that may not be sufficient. If a tumor has, say, a hundred antigens, but there are already cells in circulation that have escaped, then sometimes we can’t detect them with imaging because they’re below the level of resolution of our scans. Those cells developed different antigens (or mutations) that give them the ability to get away from the primary tumor, and they’re continuing to mutate and develop new antigens. If all of that occurs, then those cells can go on eventually to metastasize. The immune system won’t recognize them because the antigen(s) on their surface are different from the antigen(s) that are in the primary tumor.

To circumvent this issue, people are now combining radiation with immunotherapy. They irradiate the primary tumor in select men who have a couple of metastases—the so-called oligometastatic state—and then they irradiate those as well. By doing so, you potentially capture the antigens on the cells that have escaped the primary tumor and metastasized. This increases the probability of capturing all of the antigens and eliciting an immune response with T cells being activated against all the possible antigens that this tumor might carry.

Therefore, radiation therapy may have its biggest impact in the immune oncology setting in a patient with oligometastatic disease. For diffuse metastatic disease, it may be too overwhelming to radiate all sites safely. In summary, I’m concerned that if we just treat local, regional disease, the tumor volume that you’re radiating may not be expressing all of the mutations or all of the antigens that the T cells need to be directed towards. There could be cells already in circulation that have new mutations and new antigens that the primary just doesn’t have.

I’d like to make a point about Zytiga, (abiraterone), Xtandi (enzalutamide), and Erleada (apalutamide), which are mentioned in several conversations in this issue of Prostatepedia.

When a man is diagnosed with high-risk prostate cancer, the usual treatment is radiation followed by 18 months to 3 years of hormonal therapy.

After radiation therapy, and after about six months of hormonal treatment, the nadir value of the PSA is a very important value. It can predict the future. Many studies show that, at that point, a PSA value over 0.5 ng/ml portends a bad prognosis. Many of those men will die of prostate cancer. If that nadir value of PSA is above 0.1, they won’t do as badly, but they still do more poorly than those whose PSA becomes undetectable.

It is thought that this is because people who still have a persistently elevated PSA after being on standard hormonal therapy like Lupron (leuprolide) and Casodex (bicalutamide) already have evidence of castrate-resistant disease. Even though it may not be visible on staging scans, it appears to be refractory to the hormonal therapy they’re receiving. The novel thought is that using drugs like Zytiga (abiraterone), Xtandi (enzaludamide), and Erleada (apalutamide) at an earlier time will improve outcomes.

Specifically, if we intervene earlier, i.e. before the person is declared a PSA failure—PSA failure is defined as his nadir, or lowest, PSA plus 2 points—we have a chance to do better. Currently, if the nadir value is 0.2, you’d be called a PSA failure at a PSA level of 2.2 or higher. That could take months or years to happen after the nadir. So, if we know someone is destined to do poorly based on their nadir value, we can intervene earlier.

To that end, we have created a randomized trial in which men with high risk prostate cancer, who are on track to receive at least 18 months of hormonal therapy, are entered at the time of PSA nadir. This is usually six to eight months into the radiation and hormonal treatment plan, while their remaining hormonal therapy is still ongoing. We then randomize them to either standard of care, which is continuing the standard hormonal therapy for their intended 18-month to 3-year course, or to the rest of their hormonal therapy (supplemented by both Zytiga (abiraterone) and Erleada (apalutamide)).

This concept was recently approved. The trial will launch in 2019 as an international, randomized study. This trial is quite exciting because, while the doctors in this issue of Prostatepedia discuss the current and future use of these drugs, nobody has studied them in this particular setting. This unique setting captures people who have a poor prognosis and are very likely to die of the disease.

This concept is also novel because we catch them at a time when intervention with these novel agents may have a higher likelihood of success. We’re not waiting months and years for that formal definition of PSA failure to happen before we intervene.

Finally, I’d like to add that it’s an absolute privilege to work clinically and do research in the field of prostate cancer in this day and age. I’ve never seen so many opportunities and new discoveries in such a short period of time. I believe that, given all the ongoing research, it will continue.

Not a member? Join us to read this month’s conversations about radiation therapy for prostate cancer.